The idea virtualization is not new; it has been around since the days the mainframe. But more recently, the term has gained a broader, more inclusive connotation beyond server virtualization. We begin this chapter by seeking a generic definition virtualization, while examining the basic concepts and history associated with it.

The concept of virtualization has been around since the 1960s, when IBM implemented it to logically partition mainframe computers into separate VMs. This partitioning enabled mainframes to run multiple applications and processes at the same time, which improved their utilization. Such multitasking allowed better leveraging of those expensive investments.

Over the next two to three decades, the need for virtualization declined as inexpensive PCs and servers became available. In addition, client/server applications became prevalent, and the trend shifted toward distributed computing. Furthermore, the universal adoption of Windows and Linux led to the emergence of x86 servers as the dominant compute platforms. Unlike mainframes, however, these servers have not been designed for virtualization. To enable the virtualization of x86 servers, specialized software called hypervisor was developed by VMware, Citrix, Microsoft and other companies.

→Download this free PDF to continue this chapter excerpt about virtualization basics and cloud service delivery from the book Designing network services for the cloud: Delivering business-grade cloud services. 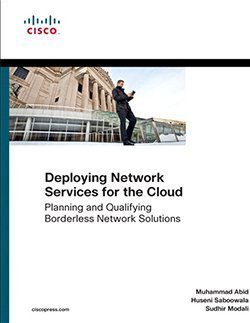 About the book:
In this book, Cisco Systems experts demonstrate how to rapidly qualify and deploy next-generation network infrastructure and services in a cloud-centric world. Topics include key trends in infrastructure, along with various services and their drivers. Key differences in certifying on-premises and cloud-based platforms and services are also discussed at length. This book also takes an in-depth look at leading validation and benchmarking approaches. The authors present best practices, how to select the best test equipment and expert guidance on creating efficient test plans.

Muhammad Abid holds a bachelor's degree in electrical engineering from City University of New York and an executive master's degree in technology management from Stevens Institute of Technology New Jersey. Muhammad has 15 years of experience working for small and medium-sized enterprises as well as a global service provider. Currently, he is working in the areas of unified communications, cloud computing and security at Cisco. Muhammad lives in San Jose, Calif.

Sudhir Modali has 15 years of experience in networking, and he has worked in customer support, testing, technical marketing and product management. Sudhir has worked with diverse market segments -- ranging from enterprises to data center operations and cloud service providers -- on technologies including Ethernet, ATM, frame relay, VoIP, video, switching, routing and MPLS. He lives in Milpitas, Calif.