The conversation around software-defined networking (SDN) has been dominated by technologies such as vendor-specific network controllers, network virtualization and network functions virtualization (NFV). Most of the focus has been on managing new infrastructure or overlays, and there's questionable return on investment with the use cases that have been put forward thus far. Some products are worth a closer look, however, such as Anuta Networks' NCX -- winner of Best of VMworld 2015 for the Network category. Anuta is a small company with a fresh approach to implementing SDN in legacy environments, and NCX is a controller designed to deliver SDN orchestration across a multivendor infrastructure.

Network controllers enable several desirable capabilities, such as the ability to centrally manage the configuration of network devices. I recently sat down with eBay Network Engineer Matt Oswalt, a DevOps-minded network architect who has some interesting ideas about how operations for large-scale networks should run. One of his main points during our discussion was the importance of abstracting manual device configuration.

Oswalt gave a use case in which a junior engineer receives a request to add an access control list as part of a new application. Instead of connecting to a set of individual devices, the junior engineer would push the changes via a centralized management tool. Oswalt's ideal tool would allow senior network engineers to design the orchestration, while junior engineers could deploy repeatable changes based on customer requirements.

There are several ways of enabling the automation required to deploy this centralized operation model. For example, Cisco's ACI takes an intent-based approach. For organizations leveraging Cisco-compatible gear, or Cisco partners with ACI integration, it's a great platform. Its applicability, however, is limited for networks that don't solely use products and services from Cisco and its partners. Organizations looking to orchestrate cross-vendor network configurations were therefore required to build their own platforms.

Anuta's NCX platform has the potential to change the SDN orchestration landscape by allowing out-of-the-box orchestration of a multivendor environment. NCX is a network controller that leverages agents deployed as virtual machines (VMs) throughout a network infrastructure. The agents -- similar to universal discovery solutions -- scan the network to discover devices and communicate with them. Using their NCX Network Designer interface, system administrators can then draw the desired configurations.

Anuta leverages the Yang modeling language to allow communication between the controller and devices, allowing end users or system integrators to configure orchestration for any vendor network device. Anuta has had some big wins in the market, with the biggest being Telstra. Telstra is a cloud service that uses NCX to orchestrate the provisioning of the network between their on-premises resources and third-party cloud providers to handle surges in demand. NCX eliminates the complexity of performing senior-level tasks and helps make the Telstra business model possible.

There are several other orchestration options available on the market. VMware has vRealize and HP has sold HP Operations Orchestration for years, but these solutions have seen complaints regarding their complexity. NCX's promise is to remove some of that complexity by enabling simple SDN orchestration. That simplicity, however, comes at a cost. An organization has to invest in professional services to configure communication between devices not already in Anuta's repository.

How network orchestration will help manage the Internet of Things

keith1 - 21 Oct 2015 10:43 AM
Is the term "simple orchestration" an oxymoron, or is Anuta's approach different than that of traditional network controllers and orchestration tools?
[-] 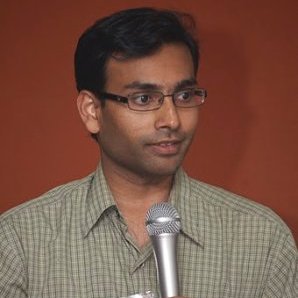