Over the years, network administrators have come up with tried-and-true methods for analyzing and troubleshooting...

the physical network, using SNMP and NetFlow for data collection or protocol analyzers to look at raw network frames and packets. But what happens now that we've moved into the era of virtual networks? The good news is that existing network traffic analysis strategies can be used in virtual networks with just a few small differences.

Virtual networks are not so different

Virtual networks work very much the same as physical networks. In many cases, only the names of network devices have changed. For example:

These features have changed:

Just as in the physical network infrastructure, to analyze network traffic in the virtual world you'll use SNMP or NetFlow to collect data across multiple points of the infrastructure and then analyze it with a network performance management and monitoring tool. Examples of more general network performance monitoring tools include What's Up Gold and Solarwinds Orion. More specific NetFlow collectors and analyzers include Plixer Scrutinizer and Solarwinds NetFlow Traffic Analyzer.

Of course you can still do a generic Internet Control Message Protocol (ICMP) monitoring with an element manager like HP OpenView, but it's preferable to do that in addition to some level of utilization and error checking. 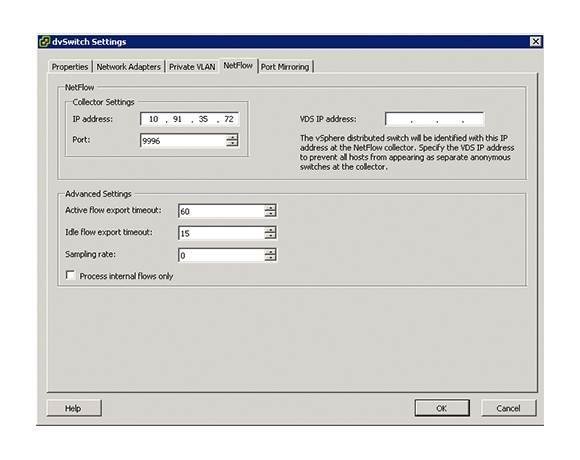 Prior to vSphere5, utilizing NetFlow to monitor the virtual infrastructure was not an option. However, once you implement vSphere 5 (assuming you have the edition with the vSphere Distributed Switch) you can enable NetFlow v5 at the port-group level on an individual dvPort or on an uplink.

By doing so, you'll be able to monitor the following:

While SNMP will only give you basic statistics about the network traffic sent, traffic received and errors, NetFlow goes much further by providing IP pairings and protocols. In other words, you can see who the "top talkers" are and who is talking to whom. For example, with SNMP you might see that a network interface has reached its throughput capacity, but that's all. With NetFlow, you would see that HTTP is taking up 95% of the interface utilization, and that a specific user's PC (looked up by DNS) is talking to an Internet website that streams rock concerts, for example. None of these options will show you inside the packets or allow you to decode any data. In this blog, you'll find more detailed information on VMware's vSphere 5 NetFlow implementation. 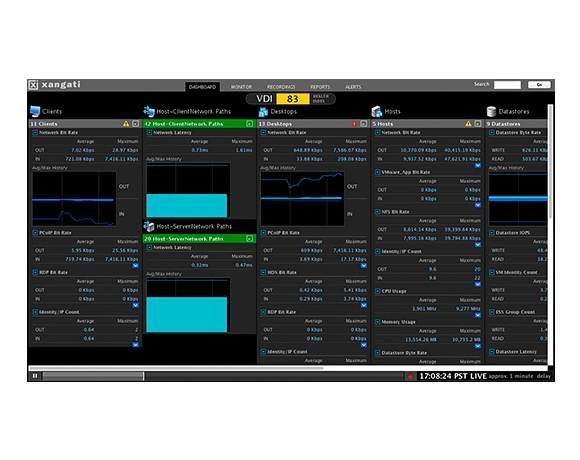 One of the best vSphere network performance monitoring and troubleshooting tools  is Xangati for vSphere (which is free) and the Xangati management dashboard. Both versions use NetFlow to collect data about the virtual infrastructure but combine it with other traditional performance metrics from vCenter to provide a very powerful performance monitoring and troubleshooting tool for vSphere infrastructures. The free version monitors a single host, while the management dashboard allows you to monitor many hosts and virtual networks from a single interface.

Note that if you are using Hyper-V instead of vSphere, Microsoft has announced that in Windows Server 2012 Hyper-V, the extensible virtual switch will support the addition of the open source Hyper-V sFlow agent that could then be monitored by sFlow collectors, such as the InMon sFlowTrend Tool.

What if you want to do a packet decode from the virtual network? In order to do Deep Packet Inspection (DPI) on a physical network, you would connect your protocol analyzer (which would be running on a laptop, for example) to a switch port and then configure SPAN (or RSPAN if the traffic is on a different switch) to mirror traffic from a single switch port, multiple ports or an entire VLAN.

More on networking for virtualization

The storage and network hypervisor are the new virtualization

Now that most of our data centers' servers are virtualized, much of the traffic does not even hit the physical network -- so the traditional packet capture method is only useful in certain instances, such as analyzing your Internet connection or a connection to an iSCSI SAN.

Prior to vSphere 5, to use a protocol analyzer on the virtual infrastructure you took a VM running a protocol analyzer, created a new port group, configured it for promiscuous mode (so that all packets are sent to all ports), and then moved the VM that you wanted to analyze to that port group (for security reasons you don't want to enable promiscuous mode on a production port group). For details on that, see my post titled "Using a Network Packet Analyzer on a VMware vSphere Virtual Network" (which you would follow if you are still using vSphere 4.x or if you have vSphere 5 but don't have the distributed virtual switch running).

In the vSphere 5 Enterprise Plus, however, the port-mirroring functionality allows you to quickly and easily mirror any dvPort to another port, or you can choose a VLAN to encapsulate these mirrored packets by selecting the "Encapsulations VLAN" box when configuring distributed virtual switch port mirroring. 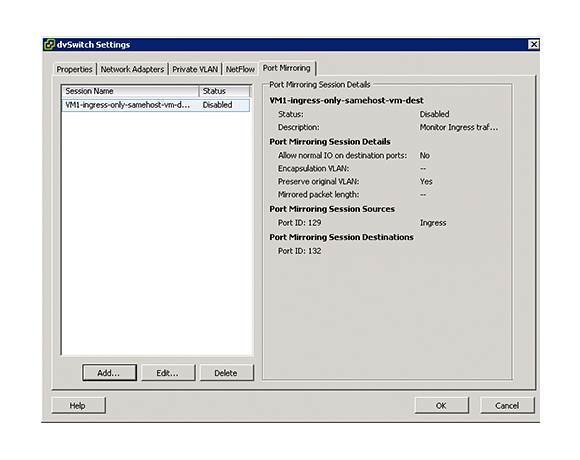 If you are a Hyper-V user, note that in Hyper-V 3 port mirroring is a new feature of the extensible switch.

Analyzing and troubleshooting the network once your servers are virtualized really isn't that different from performing these same tasks with physical servers in the physical network. You have two different paths to get this done depending on the level of detail you need. Using NetFlow is the best choice for high-level traffic analysis and bottleneck identification, where port mirroring with a protocol analyzer is what you would do to perform deep-packet analysis in the virtual infrastructure.

About the Author: David Davis is the author of the best-selling VMware vSphere video training library from Train Signal. He has written hundreds of virtualization articles published on the Web, is a vExpert, VCP, VCAP-DCA, and CCIE #9369, with more than 18 years of enterprise IT experience. His personal Website is VMwareVideos.com.