Network security salary data: How much is that cert worth? 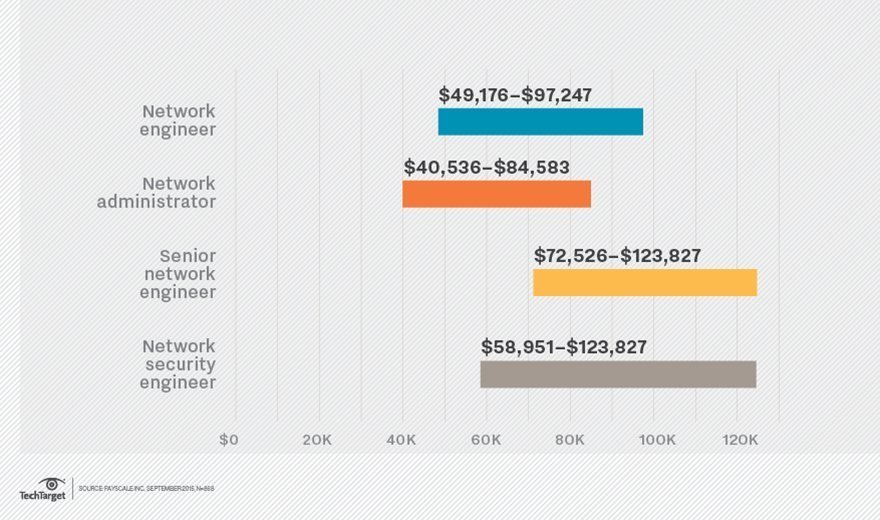 Having a certification doesn't magically make you a better engineer, but that also doesn't mean earning one of those esteemed acronyms is without merit. Certification programs help networking pros not only improve their technical skills, but also stand out in the job market. Yet while a CISSP, CISM or CRISC are among the most in-demand sets of acronyms related to security, the time and expense of pursuing such specialized certs may not make sense for engineers whose careers focus on networking.

It’s not "CISSP or bust," however, for network engineers who still want to get a taste of that network security salary and skill set. Vendors such as Cisco offer certifications like the Cisco Certified Network Associate (CCNA) Security, which emphasize skills required to properly secure network infrastructure.

If you want to remain in the world of packets and subnets but specialize in keeping them safe, there's a greater chance to nab a lucrative network security salary opportunity. Network security administrators earned between $110,250 and $152,750 on average in the United States in 2015, up 6.7% from the previous year, according to Robert Half Technology's 2016 salary guide. In comparison, traditional network admins earned between $76,250 and $112,000 on average. Bringing Cisco network administration skills to the table bumps up both of those averages by 9%, according to the report.