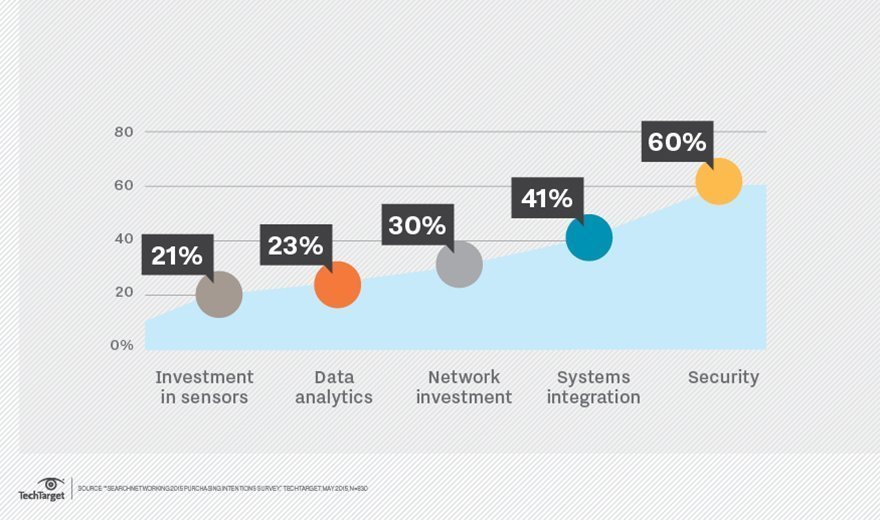 From costs to integration to analytics, the Internet of Things (IoT) has raised several red flags in the eyes of enterprise networking professionals -- but none so big as the concern over IoT security issues, according to a recent TechTarget survey. Three out of five respondents identified security as IoT's biggest challenge.

Despite Hollywood fanfare and horror stories from the consumer IoT market, there is relatively little concern among experts and enterprises that cybercriminals will be interested in toying with network-connected thermostats or light bulbs. The real IoT security issues stem from the risk that these nontraditional endpoints, if left unsecured, could become a backdoor for crooks looking to hitch a ride on the network to locate and raid servers storing sensitive data.

Part of the problem is that many IT departments are unaware of all the IoT devices on their networks, with 49% of IT pros believing this is the case at their company, according to a recent survey by ISACA, which polled 7,016 of its members. Meanwhile, almost three out of four respondents -- 73% -- believe existing security standards fail to sufficiently address IoT security issues, while 72% say IoT device manufacturers aren't doing their part either in terms of providing adequate security features.