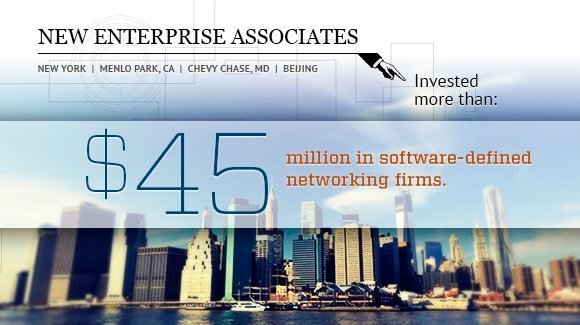 "While most of the attention around building cloud infrastructures has focused on virtualizing compute and storage, the network has been long overlooked," wrote Sonsini on a company blog. "Until now, the network has been far too rigid, expensive and limited in its ability to deliver multi-tenancy options at scale -- particularly when it comes to network services. Embrane has tackled this," he said.

Meanwhile, Nicira, which delivers virtual networks and network services on top of the physical fabric, may have proven to be the biggest payback for NEA. In 2012, Nicira was acquired by virtualization and cloud infrastructure company VMware, making clear that SDN and network virtualization weren't disappearing any time soon.