This week in telecom news, after much anticipation, AT&T (finally) announced its plan to acquire DirecTV for $48.5 million, and the FCC finally voted on what to do about easing up on Net neutrality regulation. The FCC vote didn't really address what to do in the long-run, just in the short run, due to massive public outcry about preserving a free-range Internet.

Leaving regulatory concerns behind for a moment, broadband network equipment maker Sandvine conducted a study that shows a disparity of data usage among broadband customers. We're not totally surprised. Finally this week, we focus on consumer advocacy groups calling on the FCC to investigate complaints that carriers are forcing customers off the PSTN. Would any carrier ever do a thing like that? Read on for all the news that fits this week.

Rather than going home, the telecom industry is trying to go even bigger, as evidenced Sunday, when AT&T officially announced the widely publicized rumor that it planned to buy DirecTV. AT&T's $48.5 billion offer for DirecTV could make AT&T a direct competitor to Comcast, which is already trying to buy Time Warner Cable for $45 billion, a move that would combine the top two cable and broadband Internet providers in the U.S.

CNET reported that most of DirecTV's 20 million pay TV customers are in rural markets where other pay TV options aren't yet available. DirecTV sells only pay TV services, not the sought-after bundle of Internet, phone and video content.

AT&T wants approval on this one bad. In an appeal to win over both the Department of Justice and the Federal Communications Commission, AT&T is making the following promises:

Then there's wireless -- AT&T's differentiator could be combining pay TV with its own wireless service. The merger could give AT&T the sought-after bundle of wireless, telephone, wireless, pay TV and broadband Internet packages. AT&T Chairman and CEO Randall Stephenson said on Sunday that with DirecTV, AT&T could bring TV content to any device for its consumers and deliver content over multiple points.

It makes sense to know exactly how much online programming consumers want to watch via any device. According to Forbes, after three years of work, The Nielson Company says it's on the verge of being able to measure viewers everywhere they watch, which will affect advertisement rates. The average consumer watches about 7.5 hours of content online each month, Forbes said, and the assumption is that it will only go up.

AT&T's 5.7 million cable-esque U-Verse customers would be switched to satellite, which would free up space on AT&T's broadband network for high-speed Internet services over its wireless and wireline networks. Regulatory and consumer concerns of course include that mega-mergers like this one will narrow consumer choices and increase prices. -- Kate Gerwig

Cord-cutters, those who drop cable and satellite television services in favor of streaming content via the Internet comprise more than half of total Internet traffic, according to Sandvine's latest data usage study.

Sandvine's Global Internet Phenomena Report 1H2014 examined data usage among broadband users, taking data from more than 250 ISPs worldwide and found a high disparity among users. Cord-cutters represented the top 15th percentile of streaming audio and video usage. They use 212 GB of data per month and average 100 hours of streaming per month. They comprise 53.9% of total Internet traffic.

The study also found the overall average data usage in fixed access networks in North America was 51.4 GB, up from 44.5 GB in Sandvine's previous study.

The Federal Communications Commission (FCC) has been asked to investigate consumer complaints that carriers, including AT&T and Verizon, are forcing customers off landline phones.

Consumer advocacy groups, including Public Knowledge and the Utility Reform Network, sent a letter to the FCC asking the Commission to investigate complaints that carriers are not fixing copper networks and pressuring customers to give up landlines. Complaints include Verizon's attempt to kill wireline phone service in Fire Island, New York after Hurricane Sandy and allegations that Verizon refused to repair copper lines in California.

The FCC is expected to allow carriers to stop maintaining old networks around 2020, potentially ending phone service regulations as carriers move to Internet-based voice services. Carriers like AT&T and Verizon have advocated for deregulation during the transition, but the FCC has not decided which rules will apply to new phone networks, according to Ars Technica.

"[T]he Commission is at risk of losing control of the network transition by allowing carriers to push their customers off of the traditional networks -- in violation of their obligations as telecommunications carriers -- simply to cut costs or push customers into higher-cost services or packages, generating more revenue for the carrier," the advocacy groups said in the letter.

The FCC on Net neutrality: What are commercially reasonable standards?

It's going to be a long road to the next set of Net neutrality -- or non-Net-neutrality rules. With some added provisions in place designed to keep the Net neutrality rule-making process moving forward, last week the Federal Communications Commission proposed a new draft of the rules outlining service providers' ability to charge content companies for fast-lane traffic delivery, then threw open the doors for public comment. To avoid the throwing of fruit, the Commissioners stressed that their proposal is really a starting point.

The 3-2 vote went along party lines, even though right up to the wire, the two Democratic commissioners were wavering over voting with fellow-Democrat FCC Chairman Tom Wheeler on the proposal.

Included in the revisions to Wheeler's original Net neutrality is a proposal to create an oversight ombudsman -- a watchdog with enforcement authority -- to represent Internet users and investigate violations. Another new provision says that broadband providers would have to provide a minimum level of quality for any service, but other than that, they have to adhere to "commercially reasonable" standards. But the FCC is also asking what exactly those commercial standards should be or whether paid traffic prioritization should be banned outright.

The FCC is also asking for comment on what law the FCC should use to regulate Net neutrality. In January, U.S. Court of Appeals for the District of Columbia Circuit ruled that the FCC's use of Section 706 of the Telecommunications Act of 1996, which allows the agency to promote broadband competition, was too heavy-handed because it treats companies like heavily regulated common carriers. Wheeler has used the common carrier threat frequently to keep ISPs in line, but he asked for comment on how reclassification could really work.

Hundreds of comments were filed by the end of last week, although the public comment period goes on for two months, with reply comments open for another two months after that.

"From what I saw, it was an attempt at a fig leaf and then they barged on ahead anyway," said Current Analysis research director Brian Washburn. "Now we have months of comments and supposedly they'll take the feedback into account." -- Kate Gerwig 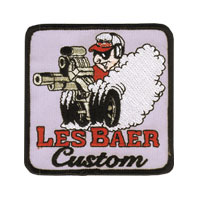