The founders of OpenDaylight set out to create an SDN controller and code open for user contribution and nimble enough to act as the platform for any vendor's open SDN strategy. It's becoming more of a reality all the time.

This month, Cisco and Juniper Networks made OpenDaylight contributions that will let users integrate the vendors' specific SDN styles and features into OpenDaylight environments.

Juniper submitted a plug-in that will extend some of its OpenContrail network virtualization features to OpenDaylight users. Meanwhile, Cisco submitted its OpFlex code, which will allow users to implement centralized policy control in an OpenDaylight environment. The OpFlex Project is not specifically listed as a Cisco contribution, since the vendor also submitted the code to the IETF for standardization. Nevertheless, the protocol is central to Cisco's SDN strategy.

OpFlex is a southbound SDN protocol that is central to Cisco's Application Centric Infrastructure (ACI).

In an ACI environment, a centralized controller manages application policy on every device in the network using OpFlex to send these commands. The idea is that network policy can change dynamically in response to the needs of applications. Other SDN strategies centralize all traffic-forwarding decision making. 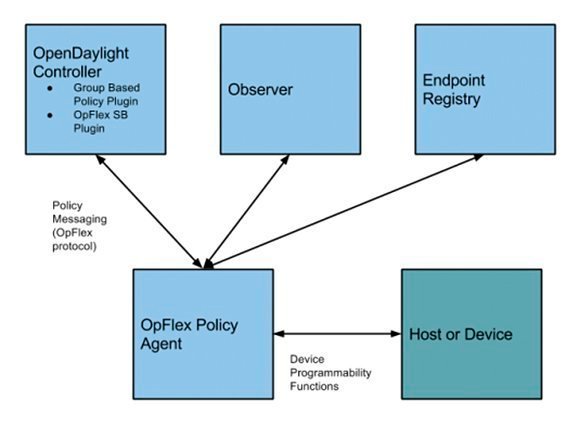 While Juniper Networks is a platinum sponsor of OpenDaylight, the vendor kept its distance from the organization, not dedicating engineering effort or code to the effort as other platinum vendors have. That may be changing with the submission of the OpenContrail plug-in, which will let OpenDaylight users apply some of Juniper's cloud networking and virtualization features to their own environments.

OpenContrail is an open source, Apache 2.0-licensed technology that includes a network controller with its own southbound protocol and open northbound application programming interfaces (APIs), as well as a router and network analytics engine.