You never know where you'll find a network deployment 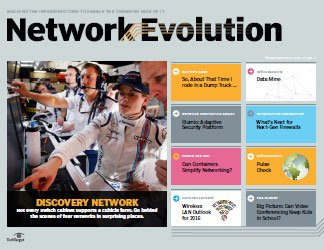 As a journalist, I'm no stranger to doing my job in places most people have never seen up close. Admittedly, those places tend to be pretty tame in the world of tech. In a past life, I took my pen and notebook everywhere from surgical operating rooms to the starting line of a greyhound-racing track to active crime scenes to the front seat of a garbage truck (guess which of those assignments started with an editor saying, “Hey, you're new here…”). There's something to be said for the fact that after I got what I needed, I could retreat back to my clean, safe and totally unremarkable cubicle. It got me thinking lately about people in IT who work every day in unusual conditions -- network engineers in particular, because let's face it: You’ll never see a software developer climbing on, crawling under or tunneling through something to install cabling. Which brings us to our cover story for this issue of Network Evolution ("Four examples of networks in unusual places"), featuring four profiles of a network deployment in an unexpected...