The programmable WAN: Applications are boss and networks bend 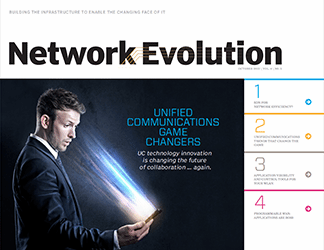 Software-defined networking (SDN) is making the WAN the new black. That's because the avant-garde in networking is a virtual infrastructure that can be provisioned on demand and in response to the needs of rapidly moving virtual machines (VMs) and applications. SDN is beginning to make this possible in the new programmable WAN. The goal of the programmable WAN is to use an SDN controller essentially as a network hypervisor to automate the provisioning of virtualized WAN tunnels or network segments in support of VM migration, fluid applications and varying data flows. In most forms of SDN, the control plane is separated from the data plane and the intelligence and decision making is placed into a centralized controller. In the WAN, that controller sees the network end-to-end, and from the packet layer to the optical transport layer, explained Ashish Shah, director of product strategy and product line management at Vello Systems, an SDN upstart that provides the infrastructure for open, programmable networks. Applications play a ...