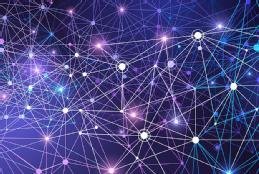 Are you ready for cloud-based networking's next move?

What is cloud networking now, and where's it headed? Its goals certainly haven't changed. It's still a balancing act between the need for speed and agility versus the goal of network security. What's changed is cloud networking's complexity.

Handling cloud-based networks today is a matter of working with multiple cloud providers and using both private and public clouds. Managing multi-cloud migrations and building bridges between corporate networks and complex cloud environments are core parts of a networking professional's job now. The rise in cloud network complexity also takes place against a backdrop wrought with danger. For example, 2017 was a year of devastating cyberattacks, like the WannaCry ransomware and the Equifax data breach.

You might think these hacks would make companies recoil from cloud, but that's not feasible -- because of the "speed and agility" side of the networking equation. Nor would it be a wise move, it turns out. As Gartner Brand Content Manager Kasey Panetta put it recently, "The challenge exists not in the security of the cloud itself, but in the policies and technologies for security and control of the technology." She noted that, in most cases, cloud breaches are due to users' security lapses, not cloud providers'.

So the trick is for companies to keep their cloud-based networks updated and staff well-trained and well-equipped with the latest technologies. Network pros must be able to build the bridges, like dedicated interconnects, from the network to cloud. Those who control corporate budgets must be briefed to be sure there are the resources to buy the right tools and hire the right staff (or train the current staff, since the current IT labor shortage shows no signs of abating).

E-Handbook: What is cloud networking up to now? It's complicated

Are you ready for cloud-based networking's next move?

Options for dedicated cloud interconnects and their benefits

There are clear benefits to replacing existing VPN tunnels now. Discover the advantages to dedicating cloud interconnects to improve your enterprise traffic flows.

Three goals of multiple cloud management and how to reach them

Attaining the benefits of the cloud is getting ever more complex. Learn ways to enable efficient and effective management of hybrid and multi-cloud environments.

How to move to a network hybrid cloud architecture

Learn how to avoid network hybrid cloud architecture problems before a migration, and why uniformity and consistent performance are essential for success.