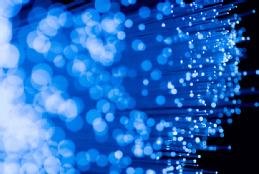 With networking's focus on software becoming more intense, it's easy to dismiss the role of enterprise network hardware as enterprises continually retool their operations.

But that would be a mistake, and this guide to enterprise networking hardware will explain why. Even as the industry embraces the notion of a software-defined world, there is a hardware evolution going on, and hardware will very much remain part of the equation. You might be able to pack the functions of a dozen servers into a single box, but that box ain't going away.

Indeed, the role networking hardware plays today will likely expand even further. Microservices, DevOps and containers, just to mention a few key developments propelling networking, will push servers to work harder than ever. That means data centers will need more boxes and appliances to shoulder the load.

Hardware pricing, meantime, is also evolving. Subscription-based hardware pricing models are gaining traction as vendors reassess their marketing strategies. These hardware-as-a-service schemes offer some compelling benefits, but enterprises also must take note of contract provisions that could delay their access to the latest technology before their agreements run out.

This hardware evolution comes in an environment where white box switching and hyper-convergence continue to make inroads. Data center managers are using both strategies to lower costs and simplify operations.

It's clear that innovation continues to redefine today's data centers. Software may be taking center stage, but hardware -- and the capabilities only it can provide -- is sitting in the wings. We hope this guide to the networking hardware evolution will give you some ideas of what you can do to harness both your hardware and software infrastructure to meet your business goals.

E-Handbook: The changing role of hardware used in networks in this virtual era

Even in this software-defined world, expect a networking hardware evolution. The role of hardware will expand, and you will have to adapt to some significant changes.

Network trends include new hardware role in a virtual era

Network trends that enterprise IT pros must consider include rethinking the role of hardware in today's virtualized, software-defined services architecture.

Exploring the ins and outs of enterprise hardware pricing

Cloud computing has changed how businesses buy technology. How does the age of SaaS affect enterprise hardware pricing?

White box switches and hyper-convergence are two upgrades that can breathe new life into your data center network. Learn what they are and how to make them work for you.