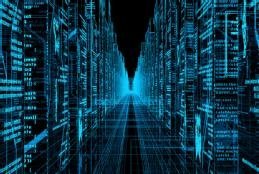 Software networking is a full-on balancing act for providers

Network service providers have a lot on their plates, which reminds me of Erich Brenn from the Ed Sullivan Show. I'll get back to that, but first, let's look at some of the issues network operators are now tackling as they ease into a software networking environment. First, the revenue they earn for every bit they transport is falling, so they have to reduce transport costs, increase services revenue or both. Then, providers are transitioning to more software-based networking using generic hardware rather than traditional proprietary hardware. Software networking’s goal is to make their networks more centralized, programmable and flexible but less labor-intensive, all while enabling customers to order up services quickly and get billed correctly. Of course, high levels of security must be guaranteed too.

Time to cue the multitasking music, which brings us back to Erich Brenn. Like the network operators now juggling immense changes, Brenn, a famous novelty-act performer, would spin five glass bowls on 4-foot-long sticks attached to a table on which he would also spin eight plates. The audience shrieked to warn him when something threatened to crash, Brenn raced to keep everything balanced and the crowd went wild.

Network operators these days are adept at multitasking. Service providers have opportunities to redefine their own operations, relationships with customers and service portfolios with software-defined networking (SDN) and network functions virtualization (NFV). The new balancing act includes transitioning to software networking, which promises to reduce operating costs while promoting flexibility. SDN and NFV also allow integration with customer operations and lay the groundwork for new security services based on the ability to more dynamically control traffic flows and traffic handling, as well as to distribute work more widely across the infrastructure.

With so many plates spinning, this handbook offers advice on how to reach a state of secure software networking. Cue the next-generation networking music.

Software networking is a full-on balancing act for providers

Network operators are in full balancing-act mode while embracing software networking, changing services and lower operations costs. And the timing only has to be perfect.

For service providers considering a networking gear upgrade, white box switching plus SDN in the data center and NFV in the core offer scalability, lower cost and better margins.