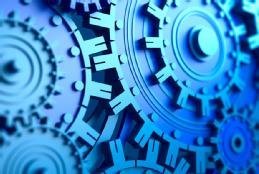 Don't let IPv6 and IoT question the purpose of DNS

There is little question that of all the protocols, standards and essential plumbing that underpin networking today, the domain name system service is among the most important. But DNS challenges are mounting, and they're serious.

Thirty-five years after its development, DNS remains a bedrock technology, critical to ensuring the internet can function as intended. The work Paul V. Mockapetris and his colleague Jon Postel did in the early 1980s to design DNS has withstood the test of time.

The purpose of DNS -- to convert the website names people type into their browsers to the IP addresses of the web servers using those names -- hasn't changed. The domain name system service has been called "the directory assistance of the internet," and with good reason.

But the internet has changed, and with that, new DNS challenges await.

With the internet of things (IoT) projected to add as many as 12 billion new devices to the network within the next four years, demands on DNS will only continue to increase. The IPv6 protocol, meantime, brings with it further complications -- among them determining a standard way to configure recursive DNS servers. And as the October 2016 cyberattack on DNS provider Dyn illuminated so vividly, whole segments of the internet can be brought down in seconds by hackers intent on exploiting vulnerabilities in the system.

Every day, the world becomes more dependent upon internet-delivered services and information. As more mission-critical components -- among them medical devices, industrial IoT sensors and even autonomous cars and trucks -- are added to networked environments, facing DNS challenges is essential in order to ensure that the domain name system service remains a viable and secure one.

E-Handbook: DNS challenges have changed, but its vital role hasn't

Don't let IPv6 and IoT question the purpose of DNS

Developments like IPv6 and the internet of things are throwing obstacles into DNS operations. But this 'directory assistance of the internet' retains its vital role.

DNS functions remain vital, but must adapt as demands shift

The domain name system's tasks are simple, but essential, and the service faces challenges with the proliferation of devices that operate within IPv6 networks.

DNS data is among the most basic and crucial information required for network connectivity, but configuring DNS recursive servers in IPv6-only networks can pose challenges.