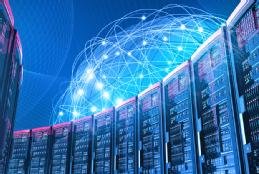 Unified management -- stitching together oversight of both wired and wireless infrastructure through a single console -- has been a long-sought goal of many an IT administrator. The appeal of simpler network management is obvious. By using a single tool to monitor, configure and troubleshoot every component across the network, companies can both cut operational costs and increase productivity.

If only simpler network management was that easy.

While interoperability has always been a hallmark of networking, much of that flexibility has been restricted to network traffic. Hardware, more specifically, management of that hardware, has been left to vendors who have taken a proprietary approach to how their devices are overseen and work together with rival equipment.

In response, third-party management vendors have tried to fill the gap, releasing tools that extend configuration and monitoring across heterogeneous networks. At the same time, vendors like Cisco, Extreme Networks and Hewlett Packard Enterprise, just to name a few, have also taken pains to broaden the management capabilities of software they offer to manage components of their wired and wireless components.

Now, it's time for the next stage of unified management to unfold. Cloud-based tools for network management, offered in a SaaS model, are gaining traction. In addition to the flexibility inherent in SaaS, these cloud-based tools provide enterprises with advanced API tools they can use for automation and customization.

This approach also lets enterprises deal with aging hardware via firmware upgrades that are downloaded on regular and frequent schedules. That type of consistency reflects one of the primary goals of unified management, and that is being able to use a simple, single strategy to oversee an entire inventory of network components -- from switches to access points.

It's good stuff, and it's a good signal that simpler network management -- that is, unified management -- might actually be here.

How to unify wired and wireless network management now

Unifying the wired and wireless network -- that is, creating unified networking management -- doesn't just happen. Learn what tools and tactics can make it a reality.

The unified network management system is revived in move to cloud

The single pane of glass, unified network management system is often thought to be a myth. But in the age of cloud computing, a viable framework is beginning to emerge.

Placing wireless management in the cloud is gaining traction among enterprises as companies examine more efficient ways to oversee their networks. It's part of a shift that's affecting network infrastructure.