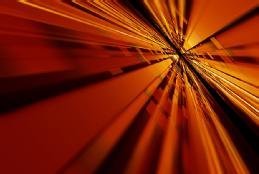 Network automation roadmap: What IT pros need to know

Enterprises are overseeing networks that are more distributed, sophisticated and complex than ever. That's a good thing: A well-constructed network allows companies to serve their customers, partners and employees with the business services they need.

But these networks -- which often include components that may be operated by private or public cloud providers -- are difficult to maintain, provision and troubleshoot. And that's a bad thing: An ill-planned upgrade or a severe security breach could shut down the network entirely, a catastrophic result.

What's required is a methodology that lets companies oversee their networks more efficiently and dynamically. That's how network automation advantages organizations. By using machines and software to perform duties formerly handled manually, companies are now able to keep better track of their networks' performance. Critical operations -- among them upgrades, system swaps and provisioning -- can take place without requiring the time or expertise of critical IT personnel.

Even as more companies begin to embrace automation, they are also realizing they have a lot to learn. Benefits may abound, but without a clear network automation roadmap for guidance, teams may lack the IT skill set required to exploit those upsides.

Programming know-how, while important, isn't the biggest barrier. For many companies assessing their use of automation, the biggest barrier is teaching their IT staff how to use automation tools. Customized training is often required because many automation deployments consist of a mix of vendor-supplied and internally developed tools.

Companies also have to take a hard look at their infrastructure. Legacy components may not support automation; certain manufacturers, meantime, may require customers to use proprietary automation software, which may not be comprehensive enough to provide the capabilities a company needs.

Automation is no different than any other evolving technology. The best advice is to go slow, build simple tests and determine automation's effectiveness in a dedicated test environment. Once you're satisfied, you can extend automation to other parts of the network, using verification tools to ensure goals and objectives are met.

Modern networking is a bit of the Wild West. But a good network automation roadmap can help corral some of those critical operational issues that threaten effective network management.

Network automation roadmap: What IT pros need to know

A guide on how to learn network automation

Being a network professional means being a lifelong learner. So learn what network automation skills are essential and how best to acquire them quickly.

12 network automation ideas to incorporate in your network

Surprisingly, scripting, programming and software development are not exactly the top network automation skills desired by enterprises, according to recent research.