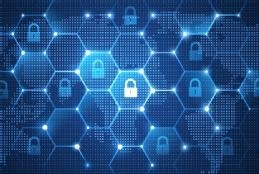 Shakespeare didn't have wireless LANs in mind when he wrote The Tempest, but the promises of 802.11ax Wi-Fi leave us paraphrasing it:

As a wireless end user with a predilection to Instagram Red Sox games and Beyonce concerts, I'm particularly excited about the orthogonal frequency-division multiple access (OFDMA) feature. While it doesn't roll off the tongue like the lyrics of "Single Ladies," OFDMA should be a crowd-pleasing hit in high-density environments.

Speaking of history, wireless technology has come a long way since the late '90s and early aughts, when end users thought of 802.11a/b as a nice-to-have novelty in a wired-first world -- if they thought about it at all. Fast forward two decades: Wireless outstrips Ethernet in many environments and is the need-to-have network, with end users expecting service everywhere, from elevators to public restrooms. Demands on the wireless-first LAN keep growing; it makes sense the next standard should perform not just faster and better, but differently. On paper, 802.11ax Wi-Fi fits the bill.

Of course, we're not there yet. Even assuming timely, meaningful adoption in enterprise networks after the standard's ratification in 2019, features like OFDMA will remain academic without ax-capable clients to bring the benefits to life. To quote the Bard: "All that glitters is not gold." But I'm an optimist. Here's hoping 11ax amounts to more than just the shiny object du jour.

A rose by any other name would smell as sweet -- and whether you call it 802.11ax Wi-Fi or Wi-Fi 6, the new wireless standard promises to bring unprecedented change.

11 common wireless security risks you don't have to take

Wi-Fi is a boon to productivity, but it can also create serious security issues. Learn how any company can uncover and fortify their wireless security setup.

It's shiny, bright and new -- and, like 'Anchorman' Ron Burgundy, kind of a big deal. Here's why networking experts say high-efficiency 802.11ax Wi-Fi actually lives up to the hype.

The importance of staying up to date with Wi-Fi training

Wireless networking is changing at breakneck speeds, but Wi-Fi training isn't keeping up. Find out why firms must pay more attention to ensuring engineers are properly trained.