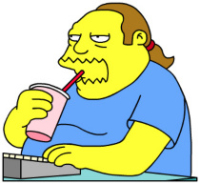 For more than a year, I’ve been hearing a lot of buzz about the concept of the “new” networking pro from networking vendors and pundits alike. The idea is, in a nutshell, that the old-school network guy spent his time thinking about network plumbing — connectivity, throughput, and Layer 3 hardware. Our publisher likens this guy to the Comic Book Guy from the Simpsons. (Don’t you work with at least one IT guy who looks a bit like that, after all?)

At the other end of the spectrum is the “new” networking pro, who is supposed to look like the guy below, in the suit. This person takes into account evolving technologies and network convergence. His concerns go beyond just plumbing; he concentrates on maximizing bandwidth, optimizing application and WAN performance; he troubleshoots a network that must accommodate voice and video traffic. The new networking pro realizes that he isn’t operating in a silo, but must cooperate (and, increasingly, share responsibilities and tools) with the security, voice, and data center staff. 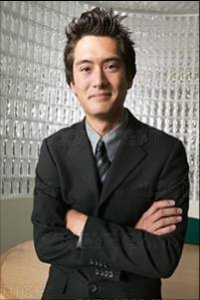 Last week, two of the major network vendors — Cisco and Juniper — launched new switch offerings that are very much attuned to the “new” network pro.

Cisco’s Nexus 7000 super-switch may sound like it’s all about increased throughput, but perhaps the greater benefit, one which appeals to our new network pro, is that it is designed to eliminate redundant connectivity by allowing for converged Fibre Channel and Ethernet networks. And Cisco’s strategy, according to Doug Gourlay, senior director of marketing for Data Center Solutions at Cisco, is all about new network trends like convergence and virtualization (as quoted from an article by Shamus McGillicuddy).

Gourlay said Cisco has recognized several drivers that are leading higher-density data centers to turn to the network for help in improving operations. First is a “new class” of applications, such as voice and video, which consume significantly more bandwidth. The second driver is server virtualization. When you consolidate 10 virtual servers onto one physical server, that single box now deals with the aggregate bandwidth demands of the 10 servers. The third driver is Input-Output consolidation.

Similarly, Juniper’s new switches — the EX 3200, the EX 4200 and the EX 8200 — appeal to the network performance-minded enterprise, with their emphasis on uptime and reliability. As quoted in an article by Michael Morisy, Eddie Minkill, executive vice president of Juniper’s worldwide field operations, says that the view of the network as “plumbing” is outdated because consumers and businesses expect instant responses and more and more communications are carried through IP.

So the vendors and the pundits have their ducks in a row, but I wonder whether real-world network pros are getting in line. Surely these new switch offerings bode well for network reliability and productivity — but whenever I talk to actual people who are down in the IT trenches, I hear again and again that a) they would like to implement new technology, but instead spend more time keeping old stuff running and b) they don’t have time to think about anything besides putting out fires. (Maybe disgruntled IT pros are more verbal about this stuff.)

This skepticism isn’t unique. In the same article about Juniper’s new switch, Morisy writes that Jim Metzler, vice president of Sanibel, Fla.-based consultancy Ashton, Metzler & Associates, was doubtful about the current market for the powerful switch:

“I don’t know who they are going to appeal to,” he said, adding that most enterprises are not prioritizing carrier-grade robustness and millisecond latency. A few major exceptions exist, particularly in the financial sector, but he disagreed with the assertion that enterprises see the difference between 5 and 4 9’s of uptime as a critical tool in keeping customers. 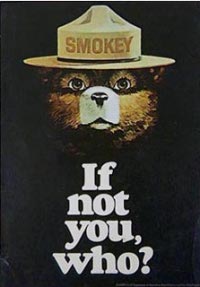 “Is it good technology? Absolutely,” Metzler said. The problem is that people will not switch simply to use good technology, or even better technology, when what they have works, and Metzler said Juniper has found a solution for a problem people do not currently have. If the EX Series is to become a success, he said, a better marketing strategy must be implemented that could focus on cost reduction or other, more enterprise-focused problems.

Ultimately, I think that defining the network pro according to any stereotype is going to prove inaccurate, but the successful IT person may be the one who can look beyond their departmental silo and embrace “new” networking concepts like mobility and application performance. For that to happen, though, network pros may have to find a way to prevent those fires from happening in the first place.

MysteryGuest - 5 Feb 2008 12:00 AM
How many of you out there are 75% or more doing Network Administrator work? I would expect that group to all be "new" school, regardless of the years of experience. Granted, if your job is pulling wire all day, I would put you in the "consider more school" category. It's hard to get focused on Application performance when your daily tasks regularly include swapping out AA batteries for people's wireless mice and keyboards. Why they don't have docks and rechargeable batteries I'll never understand. How about a a survey of IT people who "do the work" and find out how many different hats they wear in their daily work, compare it to the size of the business, and help us all gauge when we have enough "workload" to validate our proposals when requesting a budget for more help in the form of a contractor, professional services or full time staff. There's no paradigm shift here, just advertising blather.
[-]

PaulK - 5 Feb 2008 7:06 PM
The "new" networking pro is just a Marketing drone, probably began his career as a sales engineer. He can regurgitate the marketing drivel and all latest buzzwords the vendors tell him and he can outsource faster than an "old" networking pro can subnet a /24 into 2 /25's. Sort of like the neo-conservatives...same old crap with neo prepended to it... wake me if there is any real news... -Some Random Doofus