If you ever find your networking career a little too pedestrian, always know that your IT skills can land you a much more exciting gig if you’re willing to take the risk:

Ali Ashtari, 43, a computer and hi-tech equipment buyer for Iran’s defence industry and nuclear programme, was hanged after admitting he worked for Israel. It is the first known conviction of an alleged Israeli agent in Iran for almost 10 years. …

Behind their backs he allowed the software he bought to be subtly doctored by Israeli computer engineers before it was imported to Iran. Ashtari confessed: “Mossad’s goal was to sell specialised computer equipment through me to Iranian intelligence organisations.”

The case echoes the FBI’s warning not too long ago about Cisco knockoffs as potential Trojan horses, but this time, the threat was apparently real — or at least real enough for Iran to take action.

Corporate espionage is a very real threat, as Intel found out recently, but people aren’t generally executed for it.

As for me? I’ll stick with the IT spying antics of Chuck — a little less realistic, perhaps, but fewer people end up getting killed. In this clip, Chuck and company use social engineering techniques — one of network security’s weakest points — to infiltrate the opposition. 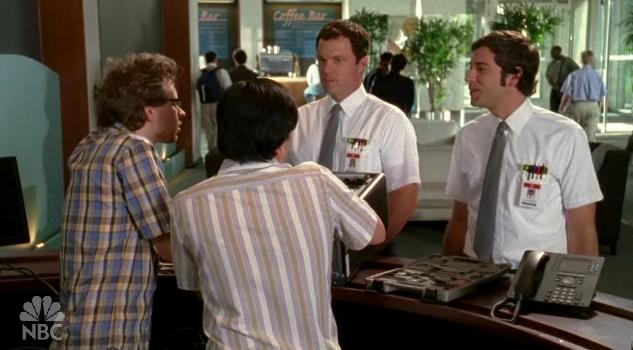