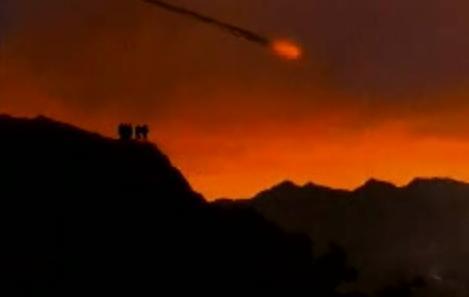 Nortel Networks has filed for Chapter 11 bankruptcy protection. It seems last quarter’s $3.4 billion loss was the last straw. The company still has about $2.4 billion in cash on hand, which it will use to maintain operations while it restructures itself.

When news broke this morning that Nortel was filing for bankruptcy protection, an old and familiar image popped into my head: that of the starship Enterprise near the end of Star Trek III. Badly crippled in a battle with a Klingon vessel, the faithful old ship started her fatal descent toward the planet below. Captain Kirk and his crew safely beamed down to the planet and watched their beloved ship streak through the sky towards its demise.

But as fans know, the Enterprise was rebuilt and rechristened time and again for countless adventures in subsequent films and television shows. So, too, may Nortel.

Right now, the telecom industry has slowed its investment in new hardware. When will that trend reverse? No one knows. No doubt Nortel’s efforts to sell into enterprise networks are also suffering in this climate. And unified communications is still such an emerging market, the company obviously couldn’t hope to stay afloat with the quality products it’s been producing in that field.

Indeed, this is just the first of what promises to be several collapses in the networking industry. When Nortel emerges from bankruptcy, what kind of world will it find? And will it survive? Lots of companies disappear forever in an economy like this, even a company as old and revered as this Canadian giant.