I spend a lot of time, possibly too much time, thinking about geek culture, and apparently I’m not the only one.

No sooner had I blogged about pundits trying to define the image of the “new” networking pro than I received a fierce note from one of our readers. His complaint was that the characters portrayed in our IT Guy comics didn’t resemble him, or any of the IT pros he worked with. “I looked like Jake ‘the Snake’ back in the 80s, and with no fat gut,” he wrote. 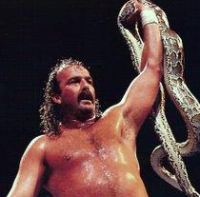 A week or so later, eWeek ran a story about one Microsoft employee’s blog, which aims to “dispel the tech nerd stereotype.” The blog, Microspotting, is written by Ariel Stallings, self-proclaimed “Web 2.0 geek,” who seeks out Microsoft “geeks who are passionate about what they do” and profiles them on her blog to point out that the evil Microsoft empire isn’t quite what outsiders might think. As cited in the eWeek article, Ariel has profiled the guy who rides everywhere on a Segway, wearing a golden helmet, as well as a goth lady who wears petticoats and top hats to work.

Similarly, Elizabeth Todd Doyle’s piece on fangrrls at sci-fi conventions; points out how female fans of science fiction and comic books are going against the grain of the geek stereotype.

It’s probably not necessary to point out that some people would say riding a Segway or wearing a top hat to work — or attending a sci-fi convention — is a pretty geeky thing to do, regardless of your gender or whether you wear a pocket protector.

Also, I’m not bothering to differentiate “geek” from “nerd” for the purposes of this blog, but I should at least acknowledge that for some, “nerd” is much more negative in connotation.

One thing I find interesting in these comments on geek stereotypes is the perception that John Hodgman, the PC guy from the Mac VS. PC ads (mentioned in both the above articles) represents the image of a geek (as foil to Justin Long’s “hip” Mac…) and that somehow the geek image needs to be remedied.

But don’t most of us actually prefer John Hodgman to Justin Long, anyway? As Wired blogger Pete Mortensen remarks, “The one enduring criticism of the ads is that John Hodgman’s PC is funnier and more likable than Justin Long’s sleazy hipster doofus Mac.” And Anna Johns on TV Squad.com also points out that “super-hip Mac” actor Justin Long “has played some memorable geeky roles in Galaxy Quest and Dodgeball.”

Perhaps some definition is needed here. Obviously, not all IT workers are (or wish to be known as) geeks. Neither are all geeks computer-savvy. At the moment, I like this broad definition from Wikipedia’s (unsurprisingly lengthy) entry for geek:

A person with a devotion to something in a way that places him or her outside the mainstream. This could be due to the intensity, depth, or subject of their interest.

Under that definition, you could have not only your computer geek, math geek or band geek… you could also have an architecture geek, a horticulture geek or even a baseball geek! So, embrace your inner geek — and if somebody calls you a geek, don’t quibble about stereotypes, but take it as a compliment.

Or maybe I should really be talking about nerds, after all…