Network functions virtualization continues to mature among service providers, with many examples of successful...

NFV deployments in 2017. Service providers will continue to invest in NFV in 2018 by extending deployments to new applications and parts of the network, scaling existing systems and implementing more complex, multivendor virtual network functions, or VNFs.

Service providers have deployed NFV technologies for a range of applications, including virtual customer premises equipment (vCPE), IP Multimedia System (IMS), Evolved Packet Core (EPC), security, video and management.  And NFV deployment is proving to be reliable, offers high performance and has the ability to operate at scale, according to service providers.

Despite the many benefits of NFV in terms of scalability, flexibility and cost, most service providers indicated that NFV remains challenging to deploy widely in their networks. NFV deployments are complex and time-consuming, and significant management and orchestration (MANO) challenges remain. Buyers are unsure of their long-term NFV architecture due to the wealth of incompatible standards and vendor-specific options.

Hardware, such as server platforms, and related infrastructure software are critical components of a successful NFV deployment. Intel-based servers from Hewlett Packard Enterprise (HPE) and Dell currently lead as NFV platform options, but expect ARM suppliers to increase their platform options in 2018.

Hypervisors remain popular NFV platform options. Containers running NFV also offer significant performance benefits for NFV applications compared to hypervisors, although they are only just starting to move out of labs for early proof-of-concept trials. Containers will see increased popularity over time -- think 2019 to 2021 -- and more support from VNF suppliers in 2018.

The immaturity of MANO standards continues to hinder wide-scale NFV implementation, and the complexity of integrating NFV components and effectively deploying MANO will continue to challenge most service providers.

Like other standards-based MANO options, ONAP is a broad platform with many options. It can be combined with OpenDaylight, OpenStack and Open Platform for NFV to implement open source NFV.

NFV deployments are expected to accelerate with the advent of wireless 5G and the internet of things, as 5G deployments grow and IoT devices increasingly connect to the wireless network. New 5G network deployments will require a radically different network architecture, which will benefit from NFV and container technologies. For example, 5G relies on NFV to provide intelligence at the wireless edge to handle network slicing, traffic handling and routing.

The goals of open source NFV are to accelerate NFV innovation and to pursue cost reductions by running low-cost software on commodity hardware. Open source NFV implementation in production networks will require significant resources, however. The use of open source for NFV will increase during 2018, but it will still be a minority of overall deployments.

NFV is delivering proven benefits, like lower costs, increased agility and platform independence. In 2018, service providers will continue to deploy NFV across a variety of applications, focusing on vCPE, the mobile core, video, security and management.

Supplier selection remains critical for NFV deployment due to overall complexity, integration requirements and support for a long-term architecture. So, service providers should carefully select suppliers to implement NFV across platforms, applications and MANO.

Below are some examples of vendors that service providers can choose from when deploying NFV:

How NFV deployments have changed

The NFV initiative has largely been driven by service providers to increase the use of virtualization and commercial servers. NFV combines these technologies, along with open software, to fundamentally change the construction and operation of networks.

To ease migration challenges and maintain service reliability, most service providers started implementing NFV in a phased approach. While NFV deployments continue to be challenging and complex, service providers are now looking to incorporate more multivendor VNFs and to extend NFV to new applications.

A guide to NFV implementation

What is the relationship between SDN and NFV?

The challenges of NFV deployment

Deploy SD-WAN and NFV in the data center

How is SD-WAN as a service different from managed SD-WAN?

SD-WAN technology is available in a variety of business models, including SD-WAN as a service and managed SD-WAN. But how do the different ...  Continue Reading

Top SD-WAN benefits and the case for deployment

Make the case for an SD-WAN implementation, and explore the benefits and main use cases for SD-WAN in enterprises, beyond traditional hybrid WANs.  Continue Reading 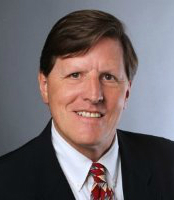 JohnChapman - 25 Aug 2015 12:02 PM
We strongly believe that activity in the NFV arena will continue with more use cases and POC this year as folks prepare for their 2016 budgets. This activity will come from both telecom manufacturers, service providers and software development firms to drive innovations. A key element in this activity will be both cost savings and revenue enablement to enhance the customer experience. A critical item to this adoption will be the work around the northbound orchestration layer (including self-service portals, etc).