In this short screencast and tip, David Davis demonstrates how Solarwinds' ipMonitor can help you monitor your enterprise network.

As a network engineer, you probably associate Solarwinds with its popular Engineer's toolset. That toolkit offers a plethora of tools that you can use to diagnose problems on an ailing network. When it comes to network monitoring, ipMonitor is Solarwinds' entry-level fault and performance management solution.

Besides monitoring your network, ipMonitor gives you a graphical view of it. It can alert when critical network services or servers go down and can recover those critical servers to make them available again.

One of the first things I look at when considering any software application is its price. I was pleased to see that ipMonitor starts at a reasonable price point of $1,495 for 100 monitored devices. For that price, the tool comes with several features "out of the box." For example, ipMonitor can monitor network devices in 50 different ways, including specific infrastructure services such as Windows performance, Exchange, SQL, site and transaction servers, Cisco routers, switches, and more. In addition, ipMonitor's System Resource Monitor (SRM) can monitor network bandwidth, battery consumption of UPS systems, CPU load, hard drive availability, and RAM utilization. And because ipMonitor is agentless, there are no software agents to install on your servers.

First, I downloaded the ipMonitor 21-day demo from the Solarwinds ipMonitor website. To use ipMonitor, you open your Web browser and point it to your localhost, port 443.

Once inside ipMonitor, one of the first things you will want to do is discover your network devices so that you can monitor them. To do this, I used one of the many ipMonitor wizards. These wizards make ipMonitor much easier to use.

This wizard is the Device Discovery Wizard. I started with a basic auto discovery for my IP subnet (there are various ways to do it). Once the devices on my subnet were found, I was asked which services I wanted to monitor. In Figure 1, below, you see how I can monitor different services -- memory usage, CPU, bandwidth, battery, temperature, humidity, fan, drive space, Exchange, SQL, and many more. 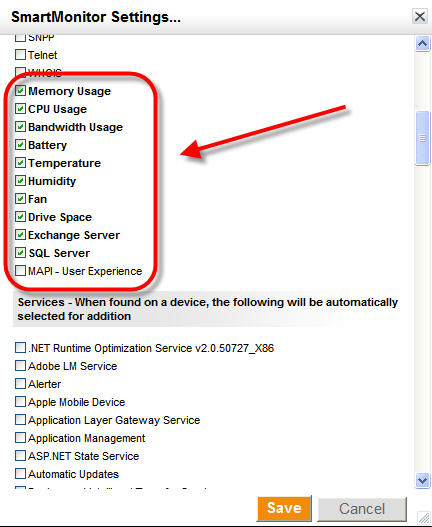 In Figure 3, you can see that I am about to add 13 monitors -- one or two for each device. 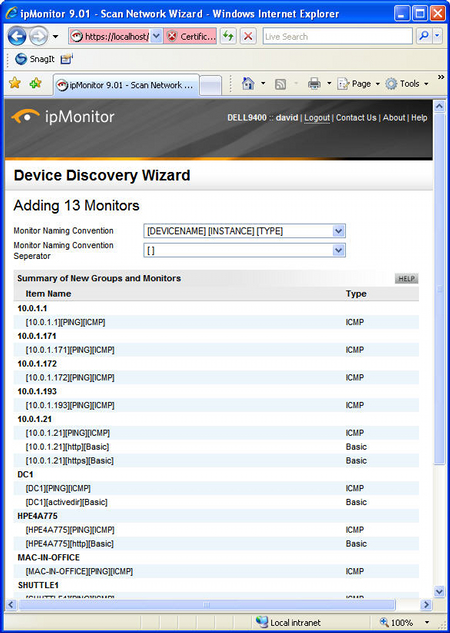 In Figure 4, I moved into the Alert Wizard. This wizard is here to automatically create alerts for each new device added. This way, if the monitored devices cannot be communicated with, ipMonitor will notify me via email. I can configure the alert to be sent to me using an availability calendar. I can also choose to be alerted on recovery of the device. 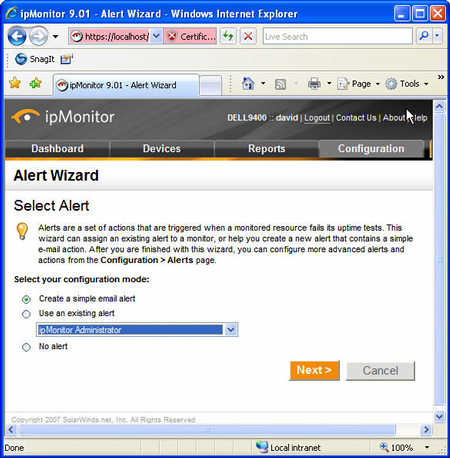 Figure 5 shows the Alert Wizard summary. At this point, I chose to create an alert for all these new devices and go to the dashboard. 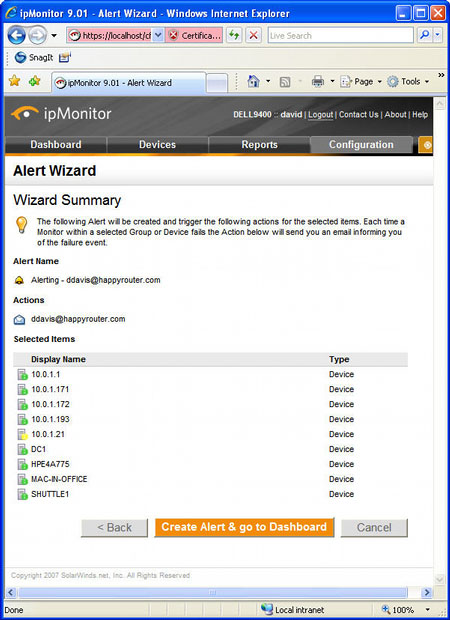 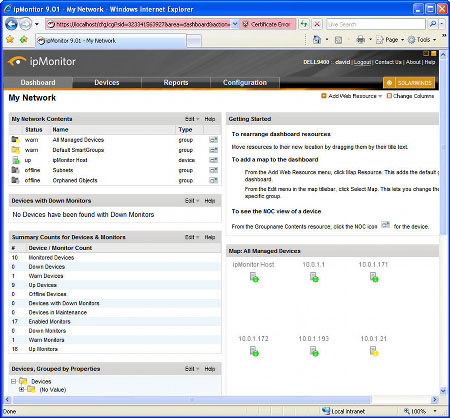 The dashboard is completely customizable. 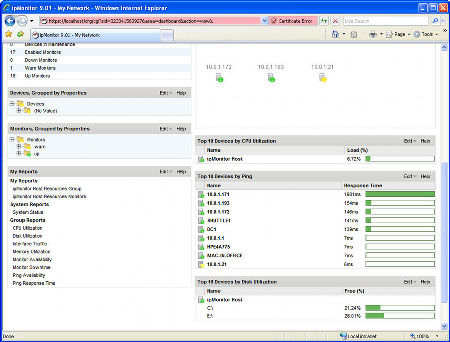 My impression of Solarwinds' ipMonitor
I'll admit that I was initially skeptical about ipMonitor. However, after installing, configuring and using it for some time, I was pleasantly surprised that ipMonitor does all that it claims -- and more. To see ipMonitor in action, watch my video screencast at the top of this page.

In conclusion
As network engineers, what we are looking for is knowledge and, hopefully, some kind of automation, because both of these would make our lives easier. This knowledge and automation of network monitoring, alerting, and recovery of network devices is what ipMonitor provides. Better yet, ipMonitor does that with minimal configuration and at a reasonable price point. I would highly recommend Solarwinds' ipMonitor.

About the author:
David Davis (CCIE #9369, VCP, CWNA, MCSE, CISSP, Linux+, CEH) is the Director of Infrastructure at Train Signal, Inc. He has written hundreds of articles and six video training courses, including the Train Signal VMware ESX Server video training series. His websites are Happy Router.com and VMwareVideos.com.