A virtual LAN (VLAN) is a broadcast domain created by switches. VLANs are a convenient way to connect ports from different switches and different buildings onto the same network and broadcast domain, preventing the need for a complex system of subnets.

Learn how to configure a VLAN in this step-by-step, automated, 15-minute demo. Expert David Davis walks you through the steps you'll need to configure your routers and switches, set up and assign the trunk ports, and perform the necessary tests to get traffic moving across your VLAN successfully. (Click the play button to begin the video.) You can view the configuration commands David uses in the video at the bottom of this page. 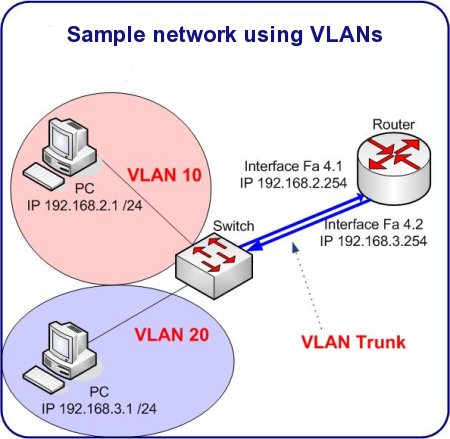 David Davis (CCIE #9369, CWNA, MCSE, CISSP, Linux+, CEH) has served as an IT Manager for over 15 years. He has a number of certifications including CCIE #9369, MCSE & VCP. Additionally, David has authored over one hundred articles, a number of video training courses including Windows XP, Wireless Networking, Linux Administration, Microsoft Virtual Server, VMware Server & Workstation, and VMware ESX Server. David writes a blog, David's Cisco Networking Blog, on the IT Knowledge Exchange and publishes publishes Cisco networking how-to articles and videos at his website, HappyRouter.com.